Continue Christmas into the New Year…Italian-style 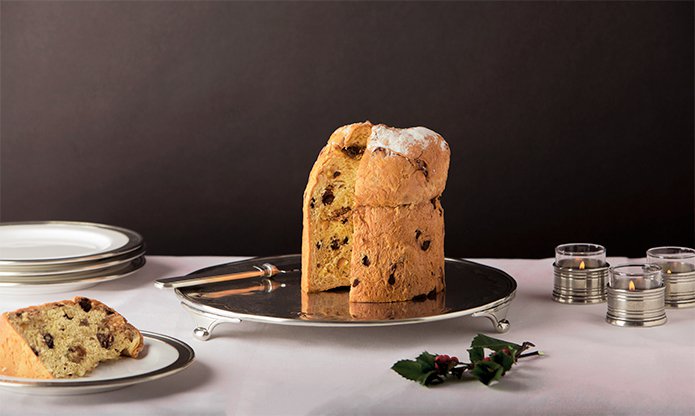 As we go back to work, and children school, normality and the daily grind returns. The excitement and anticipation we all felt leaving these places before the holiday, and the liveliness, laughter and languid lunches enjoyed over the festive period are now just echoes and memories as the first ‘real’ day of the New Year arrives.

If we take inspiration from our Italian cousins, they manage to stretch the festivities out, just a little more. Part of the New Year celebrations is the classic Panettone. Originating from Milan, this sweet bread with its iconic ‘cupola’ domed shape has become increasing popular over the festive period, not only in Italy, but elsewhere in Continental Europe, South America and more recently, North America, Australia and the UK. The notion can be traced back to Roman times when leavened loaves were sweetened with honey and can be traced through history, emerging in the 18th Century as a festive staple, all mentions are as a tall leavened fruit cake, taking its name from ‘panetto’ which means little fruit loaf, and then, with the addition of ‘one’, transforms the meaning to ‘big-little-loaf’, in a typical Italian style!

There are, of course, conflicting claims to the original panettone. One etymology, due to its rich and sweet ingredients, assumes it is from ‘pan del ton’ which, in Milanese dialect, means ‘cake of luxury’. Another more fanciful story involves a friar called, Friar Antonio (Toni to his friends, of course), who had a particular passion for the sweet loaf cakes, which were actually quite low-rise, without the addition of yeast, at this point in history. This friar also had another interesting predilection – that of crazily vertiginous ecclesiastical hats, and legend has it that his cheeky chef decided, with the aid of yeast, to bake the friar’s favourite fruit cake in the shape of his hat, and the ‘Pan di Toni’ was born.

Another popular tale involves a young kitchen hand, who stepped up when the court cook had burnt the cakes for the Sforza royal family’s Christmas banquet, and, using all of the most luxurious ingredients that he could lay his hands on – butter, fruit, sugar, eggs and so on, slaved away in the kitchen… and the resultant cake was exalted and consequently named in his honour, his name being, of course, Toni!

An even more romantic account cites a 15th Century nobleman, who, smitten by a poor baker’s daughter, decided to commission a cake of the very highest quality to win the heart and hand of the girl, as well as the blessing of her father. The luxurious cake succeeded in its purpose and the nobleman soon married the lowly girl, in a lavish ceremony in which Leonardo da Vinci was a wedding guest… and it gets better, as, and you may see a pattern emerging here, it is said, depending on the version you hear, the daughter’s name was Antonia, or her father was called Antonio, both ‘Toni’ for short… No more! These folk-lore and legend etymologies are as addictive as the dessert itself.

Whatever the origins, a panettone’s wonderfully soft, light and fluffy brioche-like texture is down to a lengthy proving process, with as many as three risings, but when enjoyed traditionally with a sweet beverage, often a sweet wine, such as asti, which complements the gentle sweetness of the aromatic dried and candied fruits within, all the effort in the making becomes worthwhile. Panettone is often sliced and shared over Christmas, and culminating in the final throes of the festive celebrations on the Epiphany, the twelfth day of Christmas, January 6th. 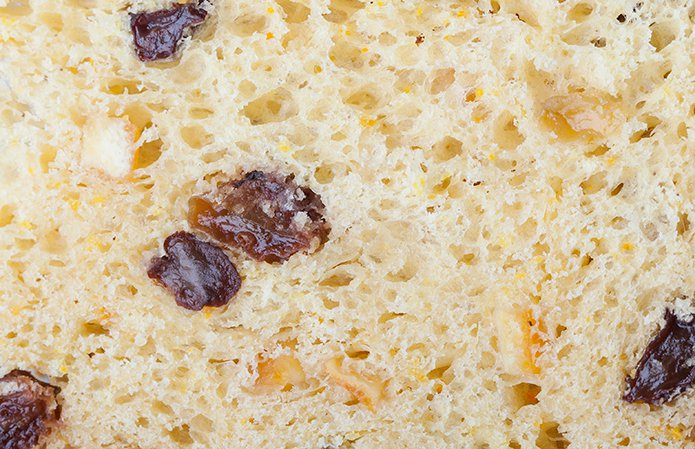 It is traditional to extend the holiday period to this day with families and friends, as, in Italy, January 6th is the day after the night that La Befana, a friendly witch, flies around on her broomstick, diving down chimneys and delivering gifts into children’s stockings hanging from the mantel-place, much like Father Christmas; however, if you have been bad, she will just leave coal! So, the fun continues in Italy, with more presents, and a little more eating and drinking…

Of course you do not have to labour over this classic cake, as a true panettone can be over 2kg in weight, and involves a bicep-bulging amount of beating, takes days to prove, including hanging it upside-down, with the father of the household marking the top of the dough with a cross before baking to bring love and luck for the coming year. Instead, there are many bought versions to be had, and many Italian families simply pick a boxed panettone for themselves and as presents for family, friends and neighbours from the beautiful, often towering, displays of bright and ribboned boxes during the run up to Christmas, but, if you are feeling the ‘knead’ to be authentic, this recipe is a relatively simple version…

What you need to make classic Panettone (3 loaves)

1. First to make the sponge. Pour warm water into warmed bowl and sprinkle 1 sachet yeast on it. Let stand until yeast has dissolved.
2. Stir in 60g of the flour, then cover with cling film, and let stand around 30 minutes, or until doubled.
3. Sprinkle remaining yeast over warm milk, again in a warmed bowl. And again, let stand until dissolved.
4. Beat together sugar, eggs, and 2 of the egg yolks and vanilla. Stir in milk-yeast mixture. Add the sponge and stir all until well mixed.
5. Combine the remaining flour and butter until like breadcrumbs and then gradually add in egg/sugar/milk/sponge mixture and beat on high speed 3 to 4 minutes, until dough is elastic looking and it form long strands when lifted.
6. Beat in fruit, zests and any other additions dependent on preference.
7. Then turn the dough into a well-oiled bowl, cover with cling film, and leave in a warm place to rise until doubled, which will take a couple of hours.
8. Turn out dough onto a lightly floured work surface and knead a few times to deflate.
9. Divide dough into 3 pieces.
10. Roll each piece into a ball and drop into three buttered panettone tins. Cover loosely with cling film and once more let the dough rise in a warm place until doubled again, about 2 hours as before.
11. Heat oven to 200 C / Gas 6.
12. Cut an X in top of each loaf with oiled scissors.
13. Combine the last egg yolk with the cream. Brush tops of loaves lightly with egg wash.
14. Place baking tray in bottom 1/3 of oven.
15. After 10 minutes, lower heat to 190 C / Gas 5.
16. Bake for 30 more minutes. Cover with foil, if tops get too brown.
17. Loaves are done when a skewer inserted into centre comes out clean.
18. Cool on wire rack.