The History of Valentine’s Day

Why do we love to celebrate Valentine’s Day? 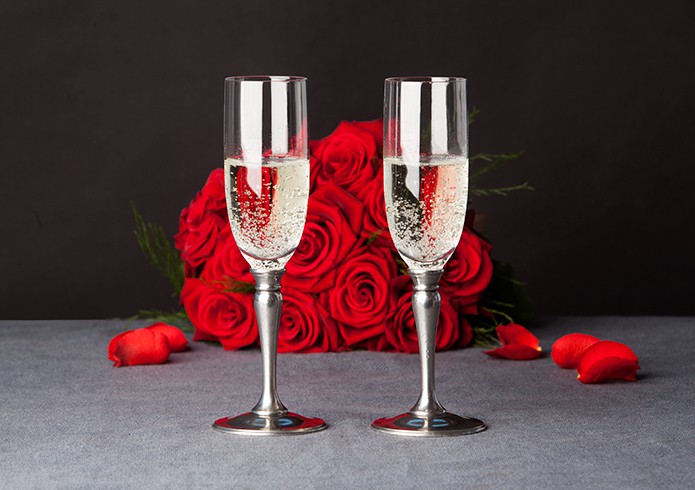 Like many other special days we mark, such as Mother’s and Father’s Day for instance, maybe we should celebrate and spoil our ‘other halves’, our ‘true loves’, every day rather than just once a year… However the 14th February, Valentine’s Day, is a great excuse for giving a little something to the one you love and indulging in a little romance, especially if it involves champagne, chocolate and a few choice blooms in the dark days of February!

But what is the history of Valentine’s Day ? Who do we have to thank for all this romantic opportunity..? ‘All roads lead to Rome’, to coin an overused but all-the-same excellent phrase. In these modern times, we still think of Rome, and in fact Italy as a whole, as a traditionally romantic place, for love and lovers, and as a people, the Italians are often described as expressive, affectionate, passionate and amorous; all perfect character traits for love and lovers. And, it seems that Rome has always been a place for love, as there are several links, albeit tenuous, to the history of Valentine’s Day and the Italian city.

One being the festival of Lupercalia, which is a celebration of an ancient Roman fertility rite, thought to have happened in Rome around the 14th February, and thus tradition of love and romance on this day was borne. Another school of thought is that this date was the traditional day to celebrate Juno, the Queen of Roman gods and goddesses and their marriages, so, once again, it makes sense to celebrate love and romance on this day.

Yet another Rome-based theory is that Valentine’s Day and Valentine’s cards are thought to have originated from the ancient Christian calendar’s day to celebrate Saint Valentinus. Valentinus is said to have ministered weddings for Roman soldiers, although they were forbidden to marry, and for which he was imprisoned. Legend has it that during his captivity he healed a poorly young girl, Asterius, who was in fact his jailor’s daughter, however, even so, he was condemned to death, and just before his harsh fate, he wrote Asterius a letter, signed ‘Your Valentine’, as a goodbye.

If this is all too tragic for what should be a romantic day, maybe we can turn to literature to explain things… The first nod towards actual romance around this day is from the 14th Century, so a relatively more modern source, when Geoffrey Chaucer, the English writer, wrote, in 1382:

‘For this was on St. Valentine’s Day,
when every bird cometh there to choose his mate’

As Chaucer was, in fact, commemorating the union of Richard II and Anne of Bohemia in early May – the natural time of year for the birds to be choosing a mate, it is unlikely Chaucer did actually mean February 14th but instead the feast of Valentine of Genoa (Italy again!), which is celebrated at the beginning of May, however let’s not let a debate about the origins spoil an excuse for a romantic day!

The modern day version of Valentine’s Day can be traced back to even more recent times. During the 18th Century, as courtly love and romance become more ‘explicit’, people became more publically demonstrative, and expressed their love by giving confectionery, flowers and handwritten notes called ‘Valentines’. The tradition has continued into the modern day, albeit very few are lucky enough to receive a handwritten note or love-poem, as mass-produced Valentine’s cards were introduced in the 19th Century and are the norm today. 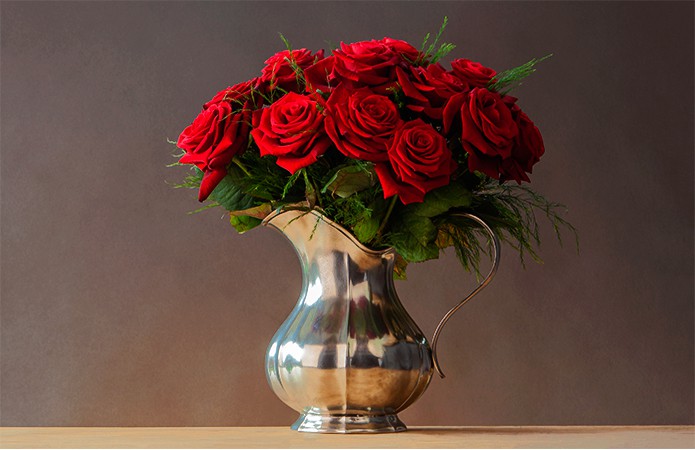 Many countries enjoy celebrating Valentine’s Day, albeit sometimes in different guises, for example Italy celebrates the 14th February as Il giorno della festa degli innamorati, translated as ‘On the day of the feast of love’, and throughout Europe Valentine’s keys have often been given, to symbolise the unlocking of hearts. This has can be said to have evolved into Lucchetti dell’Amore or ‘Locks of Love’, a recent trend kick-started by the novel and film Ho Vogliodi te or ‘I want you’ where the main characters, in an attempt to demonstrate that their love is forever, tie a chain and a padlock around a lamppost on the north side of Rome’s Ponte Milvio and inscribe their names on it, lock it and throw the key into the Tiber River.

This romantic act has prompted a spate of ‘copy-cat’ love-lock locations in Europe, Asia and North America, such as Pont des Arts Bridge, Paris, Hohenzollern Bridge, Cologne, Mount Huang, China and Brooklyn Bridge, New York. These padlocked phenomena can also be found in relatively unassuming and off-the-beaten-track places, for example the heavily padlocked bridge (the multitude of locks looked as if they had been breeding!) over the River Wye in the beautiful sleepy Derbyshire town of Bakewell, which now makes perfect sense!

So ‘unlock’ your romantic side, with some roses, chocolates and a little fizz to remind the one you love that, well, you love them… 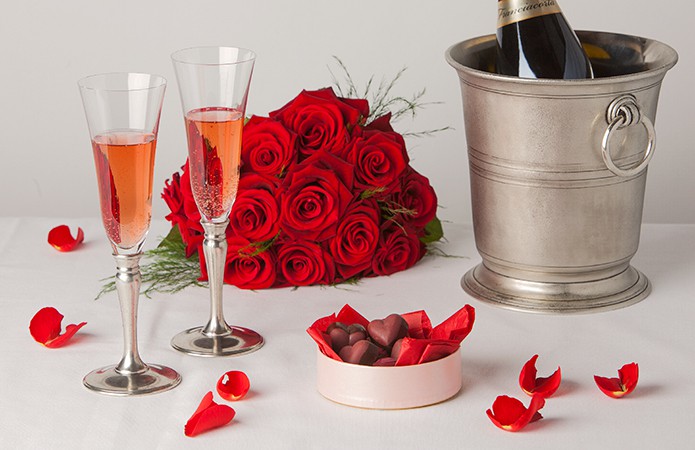