A brief look at Prosecco, the perky Italian aperitif. 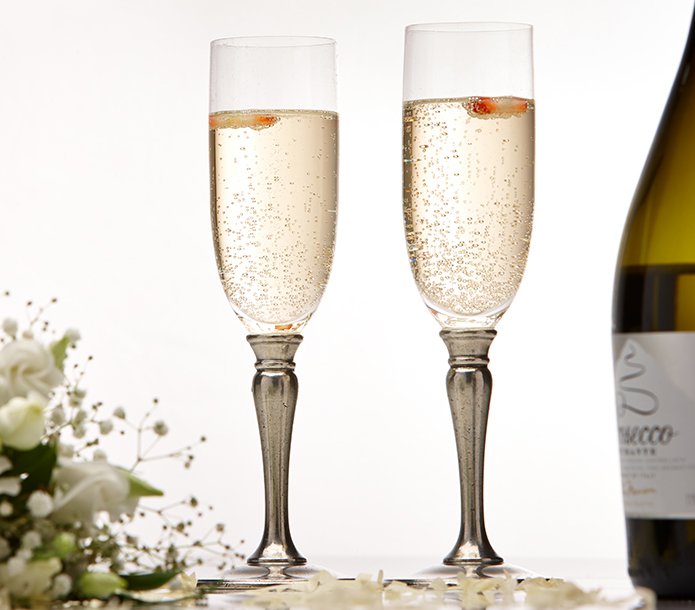 Prosecco is Italy’s answer to sparkling wine. It is well-made but at a reasonable price, and like a beautiful view from your own home, it’s nice, but familiar and therefore generally not considered overly-special, certainly when compared to Champagne, or its Italian cousin Franciacorta, but is an excellent value wine and increasingly popular for weddings.  Prosecco has become the new alternative or addition to Champagne for many, as an aperitif drink for celebration, romance or simply good living. 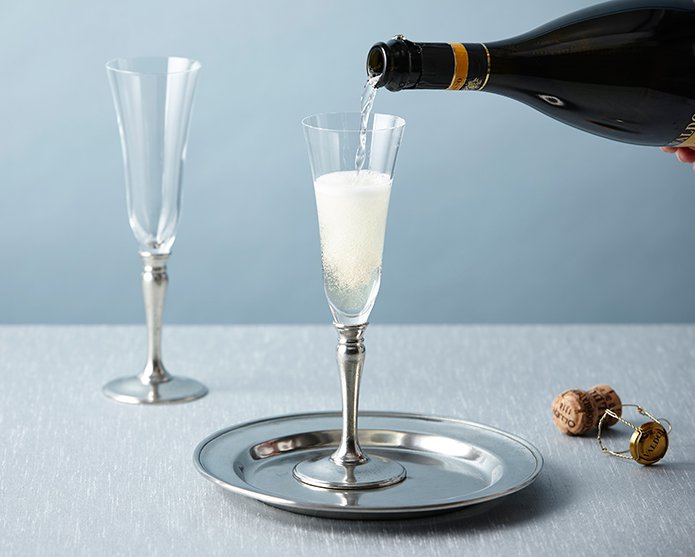 ‘Prosecco’ was once the name of the grape that is used to make this refreshing sparkling wine – now known as Glera – and is named after the village, Prosecco, near Trieste, where it’s thought the grapes originated from. Today, Prosecco sparkling wine is made primarily in the district of Valdobbiadene in Veneto. Because the grape is quite delicate in flavour and aroma, compared to grapes used to make Champagne in France, the method used is quite different as the classic Champagne method is too lengthy and would rob the resultant Prosecco of its trademark perky freshness. Instead what is known in wine-making circles as the ‘Charmat’ method of sparkling wine production is used, with secondary fermentation taking place in stainless steel tanks; a cheaper method of production to Champagne.

Prosecco differs from Champagne in that it doesn’t ferment in the bottle and so can grow stale with time; it is therefore best consumed young, most within a year, although there are some high quality vintages, of seven years, which are babies in comparison with vintage Champagne! 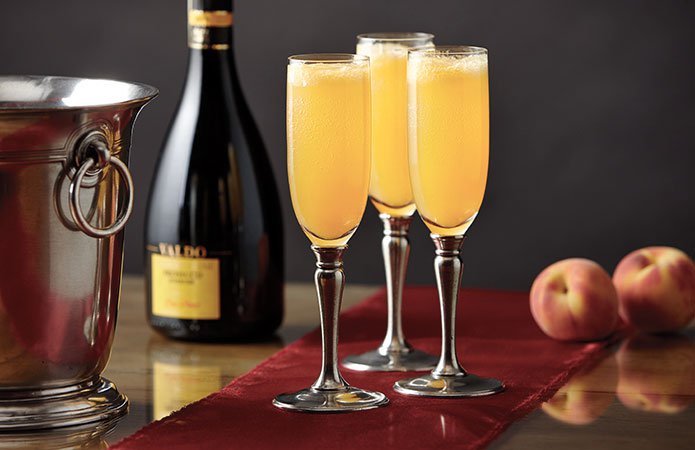 The Bellini, made from Prosecco and white peach juice

Prosecco is a dry or extra dry sparkling wine, and is most often consumed on its own as an aperitif, much like Champagne, but it also complements other beverages in simple cocktails, such as The Bellini, with white peach juice, or the classic Italian Spritz cocktail, with Aperol or Campari. Another Italian mixed drink which features Prosecco is a Sgroppino, which mixes the sparkling wine with Vodka and lemon sorbet. Also, it can be used instead of Champagne in other cocktails such as the Mimosa, which is one part sparkling wine and one part chilled citrus fruit juice. Prosecco is extremely versatile, and easy – a little too easy – to drink… Always serve chilled.