A brief history of the Hurricane Lamp. 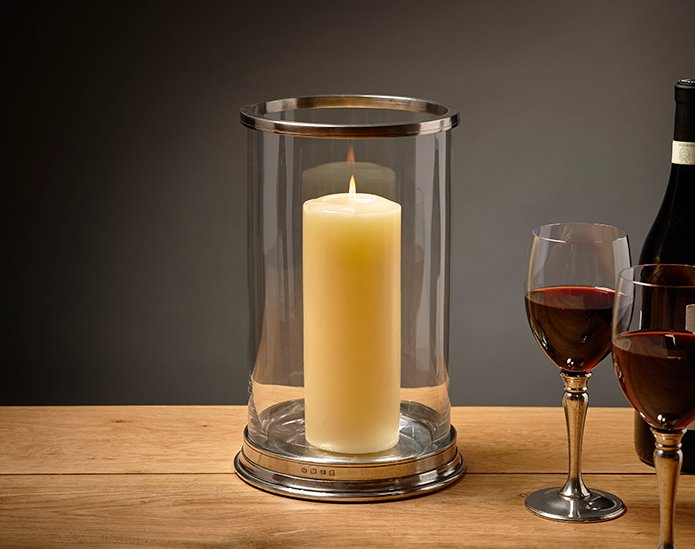 Time, as always, has marched on, and as the year approaches its half way point, and the days lengthen to the max, our thoughts turn to longer evenings spent out-of-doors, to make the most of the season of summer (when it graces us with its presence) with its soul-satiating sunsets and warm-waxing-lyrical nights. Candlelit patios make for the perfect summer evening setting and candlelight casts a lovely warm gentle glow to illuminate faces of family and friends gathered to eat, drink, chat and communally celebrate the arrival of summer and the opportunity to spend time together outside. The hurricane lamp is a pretty and practical light source for such a soirée, be it a long anticipated formal event, a spontaneous gathering with friends or a maybe a family Father’s Day party; either way the hurricane lamp stylishly and safely lights up the proceeding for the duration of what is hoped to be a long, languid evening. 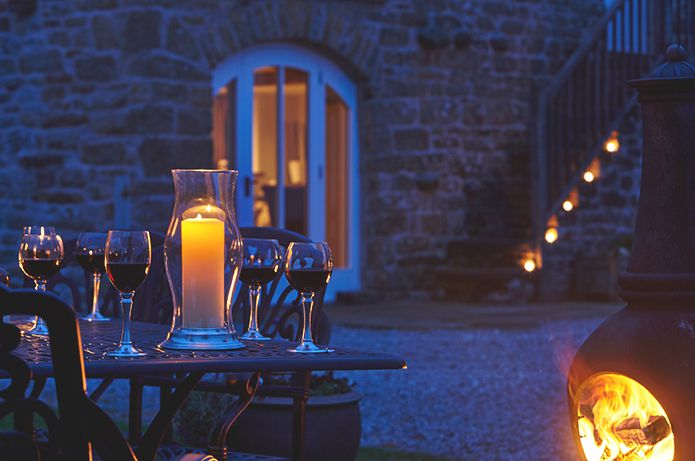 The origins of the hurricane, a flame surrounded by a glass guard to create a light shielded from drafts and winds, is said to date from 18th Century British India, where they were called “shades” or “India shades”. These were tall glass cylinders which stood on the table in which a candle or cocoa-nut oil lamp was placed. In the wine drinking days of British rule, it was considered a challenge, or forfeit, for men to drink a shade filled with claret! Not to be tried at home!

It is speculated that the term “hurricane lamp” evolved as the shade became more popularly lit by paraffin instead of candle (paraffin being cheaper than candles), and calling it a “lamp” was more fitting, especially after the Swiss physician Francois-Pierre Aime Argand invented the Argand lamp in the late 18th Century, which became the standard for hurricane lamps. 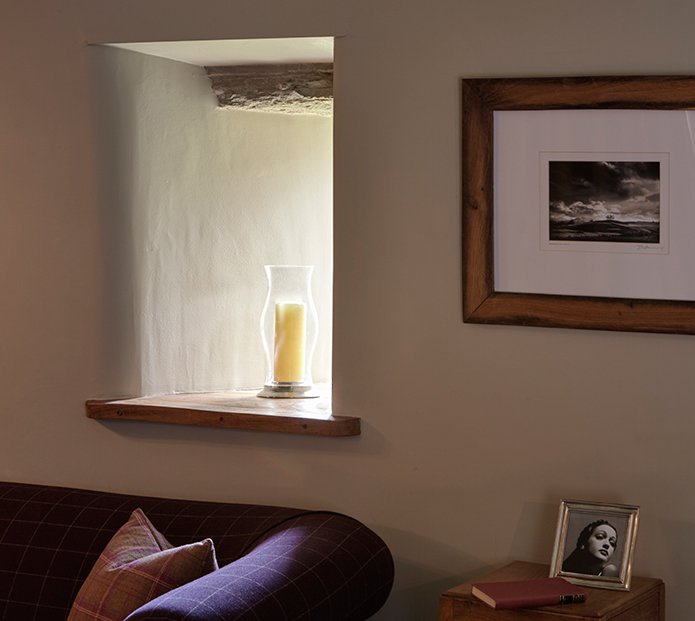 Window dressing at Angel Barn, A Corner of Eden, Cumbria

These days, the popularity for hurricane lamps lit by candles has meant the term is synonymous with candles once more, and the gentle flicker of candles behind the glass – which reflects the shared laughter, love and life of those gathered together – is one of summer’s special joys. The purposeful placing of such a light source at the beginning of proceedings, when perhaps the summer sun is still relatively high in the sky, playfully promises of a long session of summertime socialising stretching ahead, which, if the sun’s warmth lasts into the darkness, means that the lamp with later be lit to elongate the evening as much as possible… 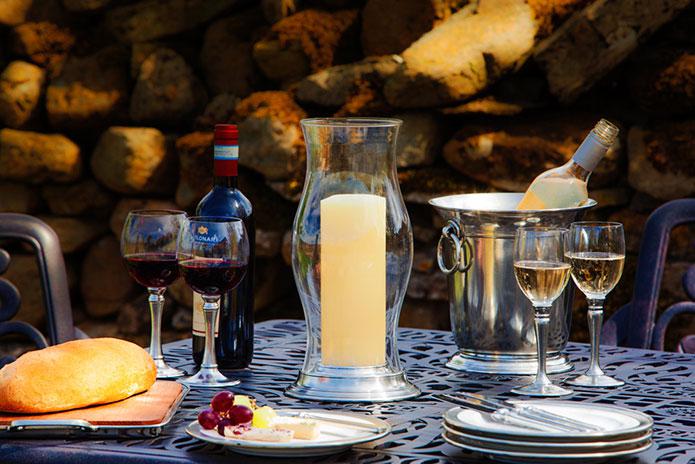 From day to night…Hurricane at the ready. at Angel Barn, A Corner of Eden, Cumbria