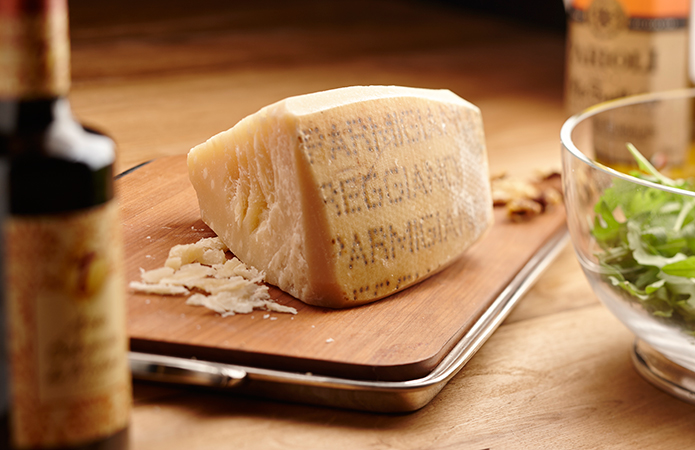 One can buy ‘Parmesan-style’ grated cheese in pots with perforated lids for ease of sprinkling from any supermarket – and the taste and smell is admittedly strong and pungent, yet too shrill to be the real thing, and as for the appearance – it may as well be sawdust! One cannot substitute the heavy, solid, hard, cool block of intense flavour that is a real round of Italian Parmesan; the aroma and taste is unmistakeable, and the appearance is typically Italian – boldly beautiful and simply photogenic.

Parmesan, or Parmigiano-Reggiano to give it its proper title, originates from Italy’s Parma region, and only cheese stamped with the official Parmigiano-Reggiano mark, as a guarantee of its origin, can be truly called Parmesan. It is one of the world’s most popular and iconic cheeses; some would crown it the “king of cheeses”, although Stilton-lovers may disagree! Suffice to say, it’s certainly part of the cheese aristocracy! 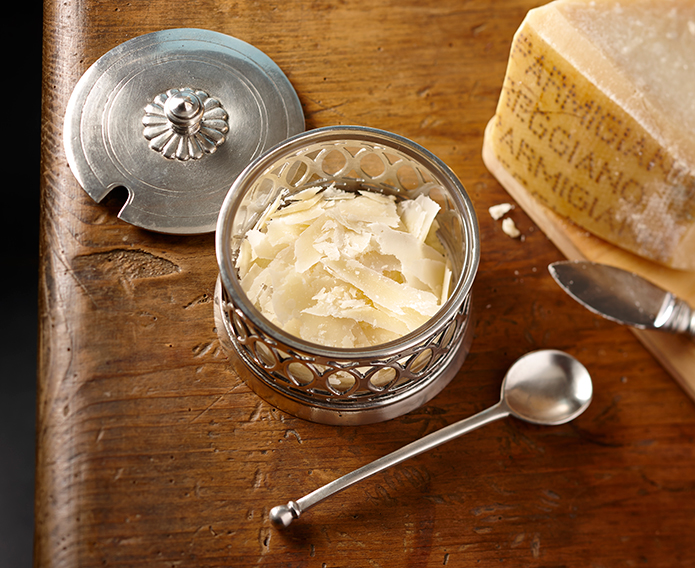 True Parmesan is made with fragrant unpasteurised milk and carefully matured over a long period, anything from 18 to 48 months, including careful monitoring for specific temperature control, using a special Réaumur scale thermometer, seldom used today apart from cheese manufacturers to measure the temperature of the milk during cheese production. Authentic Parmesan is a yellow, almost honey-coloured, hard grainy cheese with a crumbly texture and typically intense flavour – both tangy and piquant. Some would say that Parmesan perfectly embodies ‘umami’, the moreish ‘savoury’ taste; one of the five basic taste types, after salt, sweet, sour and bitter.

Because of its hardness, a unique style of Parmesan knife has evolved – sturdy, sharp and short – to deal with it; the knife’s spear-point blade is forced into the cheese and then used as a lever to break off smaller portions. It can be used to slice the cheese as well, although slicing hard cheese is frowned upon by some connoisseurs, as sliced cheese has less surface area, and therefore creates less flavour and scent, but we find aesthetically it’s one of the nicest ways to serve it. 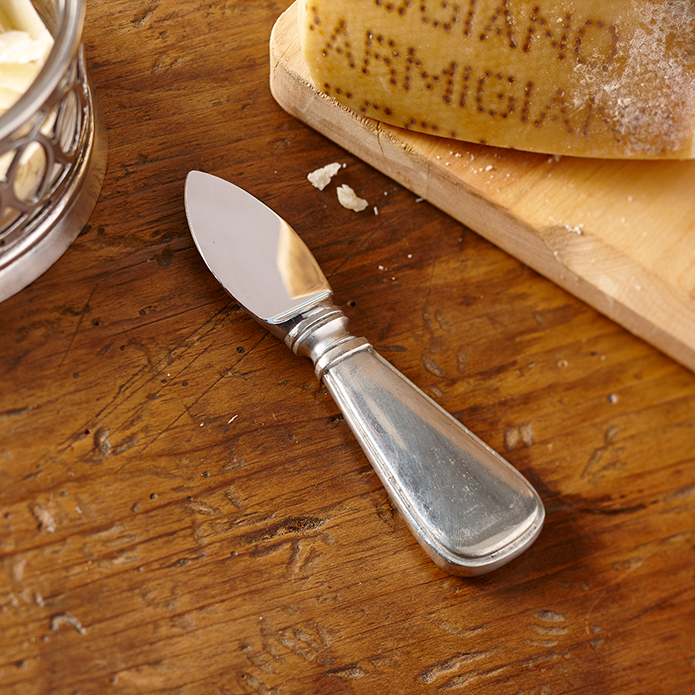 Also, special Parmesan holders have been developed in order to neatly serve Parmesan at the table, grated Parmesan can be spooned delicately if the dish demands it, or instead rustic crumbles can be levered off with a Parmesan knife directly on to the food. 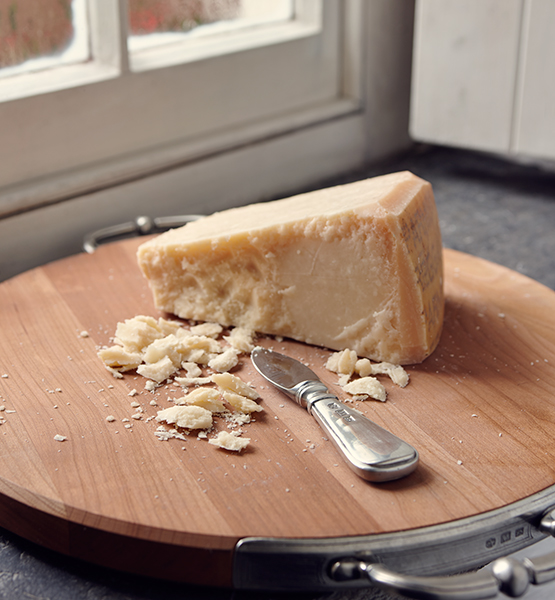 Italians have been using Parmesan in their cooking for 800 years. There are innumerable uses of Parmesan; added to a classic Bolognese sauce, it gives the dish a meaty, nutty depth; Parmesan shavings can be deliciously partnered with all kinds of salads – pear, rocket and walnut an Italian favourite; or in its simplicity, slivers of matured Parmesan with a few drops of balsamic vinegar… Whether Parmesan is enhancing another dish with a dash of flavour, or standing alone – worthy of being a meal in its own right, the end result is inimitably tasty and iconically Italian.