From Roman to Romance... 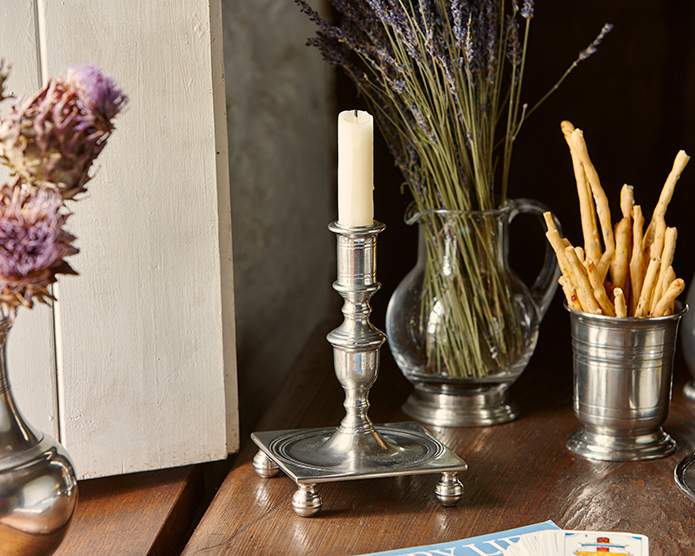 Candlelight and the candle is simplicity itself; a portable light with the fuel already built in. Capillary action draws the wax up through the absorbent fibrous wick, as the candle burns, the heat of the flame vaporises the wax, burning that vapour. It is this simplicity that has meant that candles are ancient, yet unchanged in concept. The fuel itself may have evolved with humankind, as have the candle holders themselves, yet the basic principles, like mankind’s fascination and reliance on light, has remained constant.

By 3000 BC, Egyptians and Romans were using wicked candles, by dipping rolled papyrus in melted tallow or beeswax, to light their homes, illuminate the way and within ceremonies and religious rituals, as well as time-keeping. Other civilisations developed wicked candles using wax from plants and animals, and wicks of plant fibres, rice paper and even wood. Candles, in various forms, continued to be mankind’s lighting of choice up until the relatively recent past. 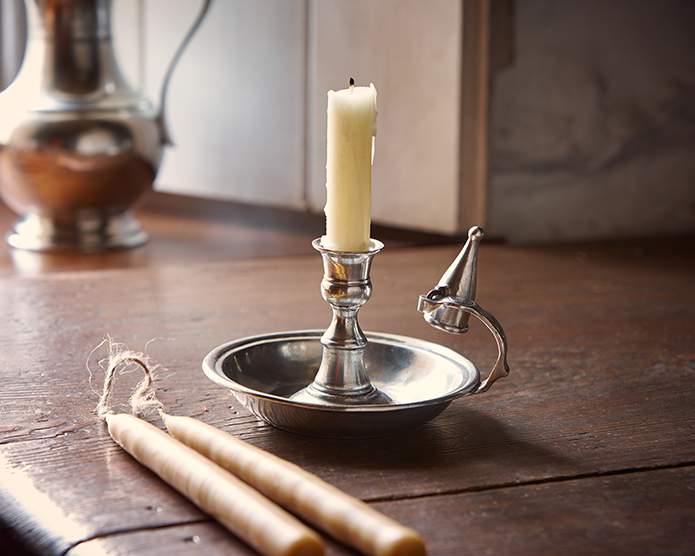 Candlemaking became a guild craft in England by the 13th Century, and chandlers (candlemakers) collected beeswax from apiaries, or travelled from house-to-house gathering kitchen fats (tallow) – both ingredients for traditional candle-making – and created the candles by dipping the wick into the molten wax and moulding into the familiar candle shape to dry.

Beeswax candles produce a purer, cleaner flame. There still exists a Worshipful Company of Wax Chandlers, formed in the 14th Century, still based in the City of London, promoting excellence and integrity in the manufacture and sale of beeswax and beeswax products, and maintains strong links with beekeepers and the modern wax industry in Britain and across Europe. Simply speaking, beeswax is produced from young worker bees as chewed secretions mixed with pollen oils, and glue from sap. The wax is then removed by the beekeeper, rendered and clarified by heating in water before making into candles. Royal occasions and church ceremonies have traditionally used beeswax as it is pleasantly sweet smelling. Churches used so many beeswax candles they often had their own apiaries to produce their candles, as due to the intensiveness of production, they were very expensive. 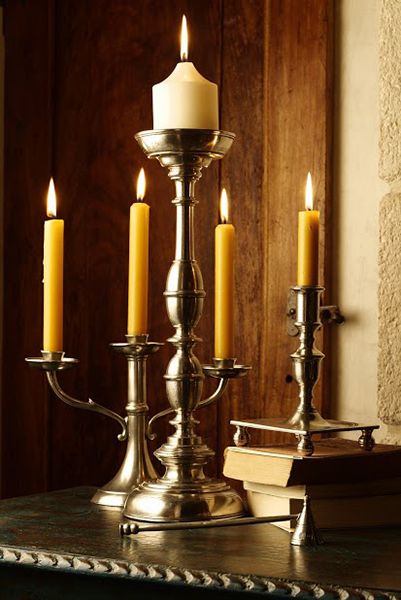 Those who couldn’t afford beeswax had to make do with the inferior tallow, a less efficient burner, and much less pleasant smelling, yet cheap and so became the standard household candle in Europe. Tallow is animal fat, usually beef or mutton, which has been gently heated to a liquid, boiled and strained, re-solidifying at room temperature. The Tallow Chandlers Company was formed in about 1300, and its tallow candles were used in the compulsory lighting of the City of London in 1405. Those who were even too poor to produce homemade tallow candles had to make do with ‘tallow dip’, a strip of ignited rag in a vessel of tallow grease. 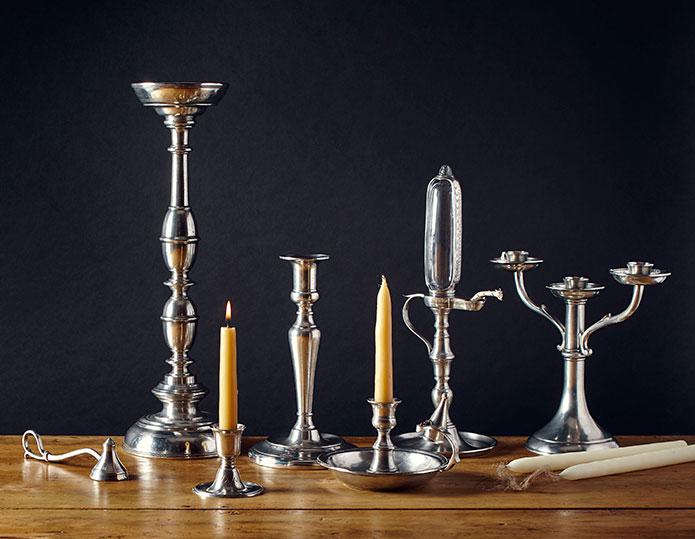 By the height of the Renaissance period, moulded candles were extremely popular, and so candlesticks, the design of which had originated from oil lamp bases, were developed to hold more standardised moulded candles. In the 18th and 19th Centuries candlesticks and candelabras (from the Greek verb ‘to carry’) became widespread, and a proliferation of smaller household candleholders were developed, made from silver, pewter and brass, but also cheaper, more modest wood and stone versions.

Grand candelabras, mostly made of brass, pewter and silver, were used for country houses, mansions, palaces and for religious functions. Hanging candles, or polycandelons, early chandeliers, were increasingly popular in wealthy households. Extravagant Georgian lighting, within the wealthy classes, for example, was both showy and romantic. An abundance of candles often housed in spectacular light fittings complementing the opulent style of décor and furniture at that time, with gilt and mirrors to enhance the ‘bling’ factor, demonstrating the owner’s wealth to guests, as the Georgians loved to party! Also this era is reminiscent of floaty white cotton night-dresses, damsels in distress hurrying down half-lit corridors, fleeing over-amorous attention, or even rampaging pirates, carrying gorgeous candelabra to light the way… 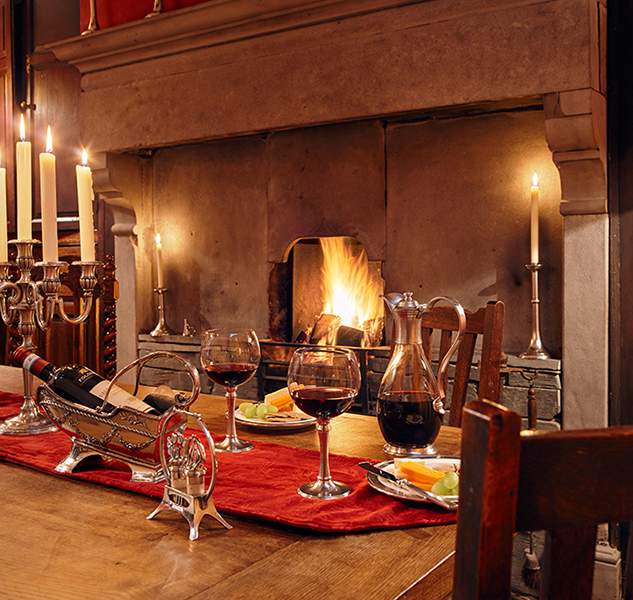 At this time, spermaceti – a wax of crystallised sperm whale oil, a by-product of the huge whaling industry at that time – meant that candles could be made from a hard, bright burning substance, which was more universally appropriate as a candle fuel in terms of its resistance in ambient temperatures. Cheaper alternatives to ‘spermaceti’ were discovered by 1800, and oils from certain brassicas and rapeseed were found to produce clear and smokeless flames. From the 1820s there were developments in candle fuels, such as stearin wax, like tallow, extracted from animal fats, but was hard, durable and burned cleanly, as it did not contain the glycerine of traditional tallow candles, which was the odour-producing culprit. 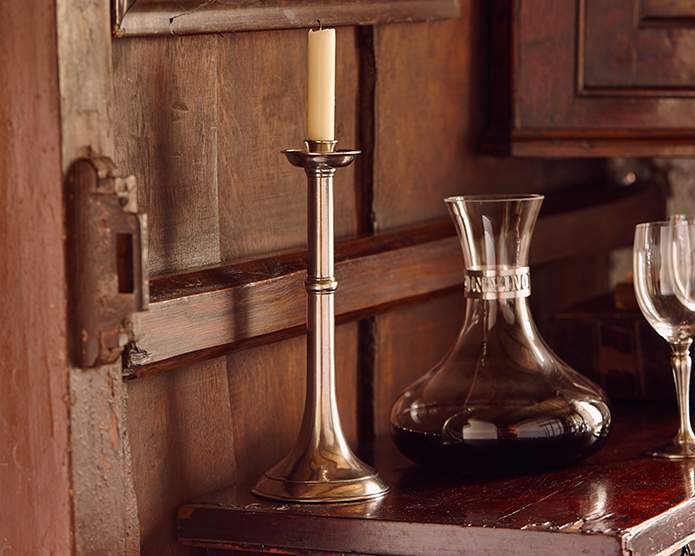 Stearin was further used as a hardening agent in paraffin wax candles, a new type of candle developed in the 1850s as a by-product of the newly formed petroleum industry. Paraffin wax was a clean and efficient burner and cheaper to manufacture than other fuels. Parrafin wax is still the most commonly used wax in candlemaking; low melt point paraffin for container, tinned and tealight candles (used to heat teapots, possibly from Japanese tea ceremonies, as well as other foods) and high melt point paraffin for votive and pillar candles. 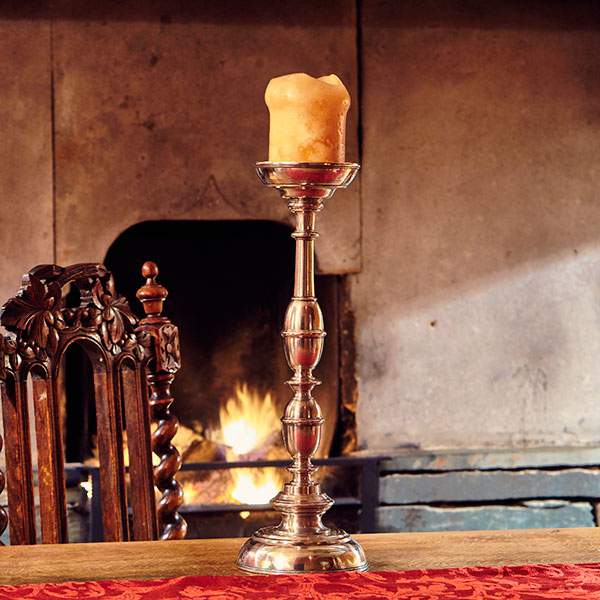 In the early 1800s there were improvements to the wicks of a standard candle, notably plaiting the wick, making burning easier to control. There are many different types of wick, and although it is the shape, size and colour of a candle that is obvious, it is actually the wick that is the most important component, as this determines how the candle will burn. The mid-18th Century also heralded the development of cast candles; a machine invented by J Morgan allowed the continuous production of moulded candles, ejected by a piston as they solidified. The resultant mass production of candles meant that everyday people could afford to burn them in the home. 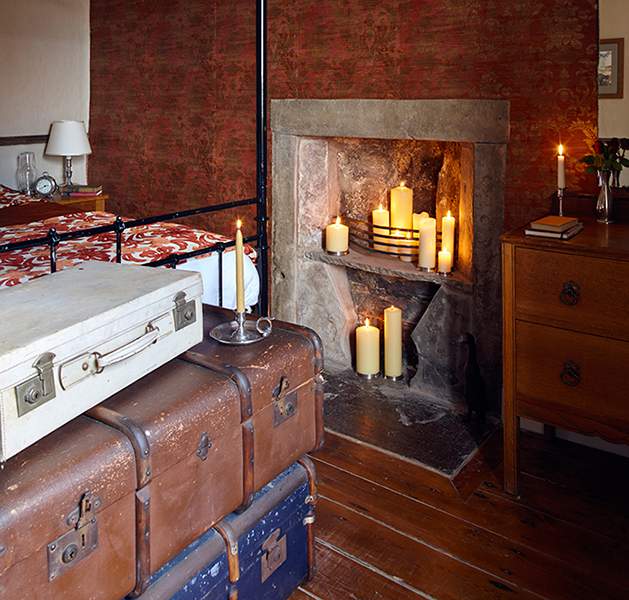 Today, most homes will have some sort of candles; whether standard household ones for an emergency when the power fails; novelty ones for birthday and celebrations; scented for aromatherapy and mood; or elegant and simple, to provide ambience to a setting. The beauty of a flickering flame cannot be beaten, especially when the candle is of good quality, aesthetic in both looks and aroma, and is housed in an equally good quality candleholder – aesthetic and functional, enhancing the candle itself and providing thoughtful decoration even when the candle is unlit. 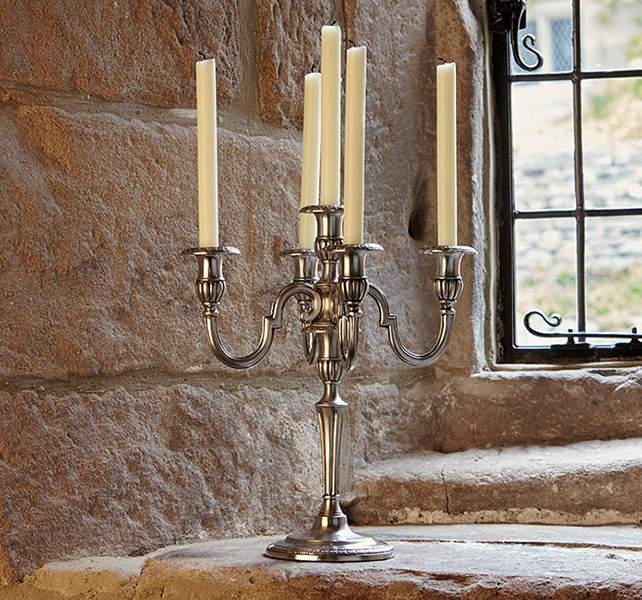