Courting the celebrity of Champagne… 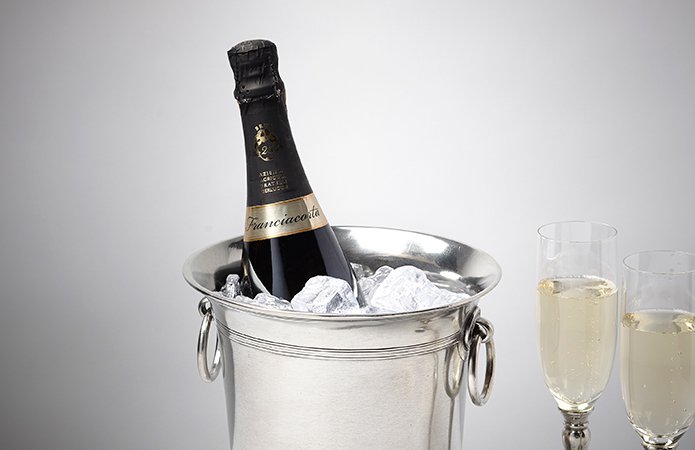 Both Virgil & Pliny the Elder mentioned wines from the Franciacorta region in ancient times, so the area north west of Brescia up to the Southern shore of Lake Iseo is historically well-versed in wine making, with a terrain shaped by glaciers, moulding a rolling landscape of fertile soils, and a sheltered and consistently mild climate in the shadow of the southern Alps, making it perfect for growing vines and wine-making.

Traditionally, the Franciacorta region has been famous for sparkling and still white and red wines, achieving its DOC status (Denominazione di origine controllata (“Controlled designation of origin”) – a quality assurance label for Italian food products) in the late 1960s, but more recently it has become a name synonymous with sparkling wine, achieving the higher DOCG status (Denominazione di Origine Controllata e Garantita (“controlled and guaranteed designation of origin”)) for sparkling wines in the mid-1990s, with wine-maker Berlucchi dominating production originally. Since 2003 Franciacorta has not been obliged to declare its DOCG on the label, in the same way that Champagne doesn’t need to display the French equivalent AOC (“appellation d’origine controlee”), indicating that these varieties have reaching the highest echelons of wine, when just the name is enough to guarantee world-renowned quality to match the highest of expectations.

Like Champagne, Franciacorta is produced in the same classic ‘champagne’ way, the first Italian wine to have a second fermentation in the bottle. A longer ageing on the lees (yeast sediment) in the bottle means a creamier, richer complexity than say Prosecco, which has a simpler tank-fermented sparkler. Due to its secondary fermentation, and longer aging process, it is more expensive than some bubblies, but like much Italian style it lives up to its reputation and can therefore command a premium. The wines are unapologetically Champagne-like – beautifully bubbly, yet with a slightly softer acidity and a unique fruity dryness, making it a valid alternative to what has been the bubbly brand for so long. 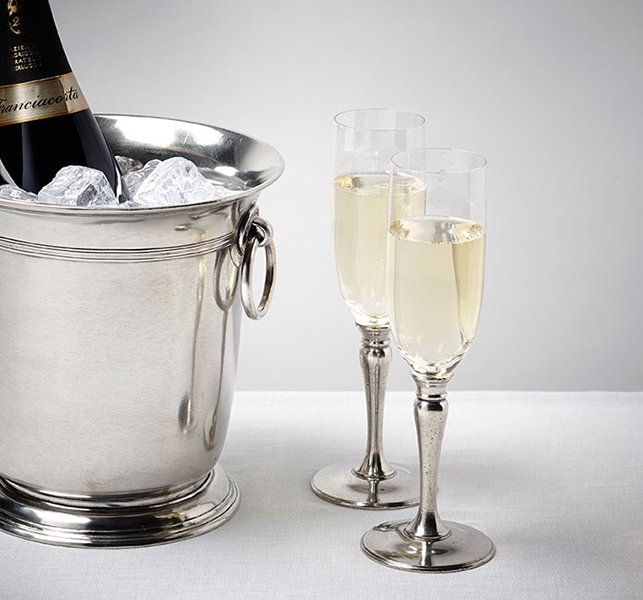 The reputation of Franciacorta has grown steadily since the 1990s, as discerning wine-drinkers want to indulge in a variety of high-end sparkling wines, beyond just Champagne. And the popularity of the Franciacorta wines is reflected in the popularity of the region as a holiday destination, where the enotourism (or vinitourism) is prevalent, with vineyard visits, wine-tasting and even harvest-help holidays extremely popular. Franciacorta has become an important destination for those who love the Italian sparkling wine.

In fact, the rise of Franciacorta wines are poignantly symbolic of Northern Italy’s economic strength, reinvigorated through the post-war Italian economic miracle – it is said that the name “Franciacorta” is derived from the word “Franzacurta” (in Latin: Francae Curtae) in a decree of the Statutes of Brescia dated 1277 AD, where monks were exempt from paying tithes to the Bishop of Brescia – effectively an ancient tax-free zone across northern Italy’s important trade routes. Whilst wines of Franciacorta don’t benefit from a similar tax free zone today, there’s no doubting the wine region’s fortuitous position in the heart of northern Italy’s main economic corridor and trade routes!