Decanting: not just for Sommeliers

A beginners guide to the ancient art of decanting with carafes. 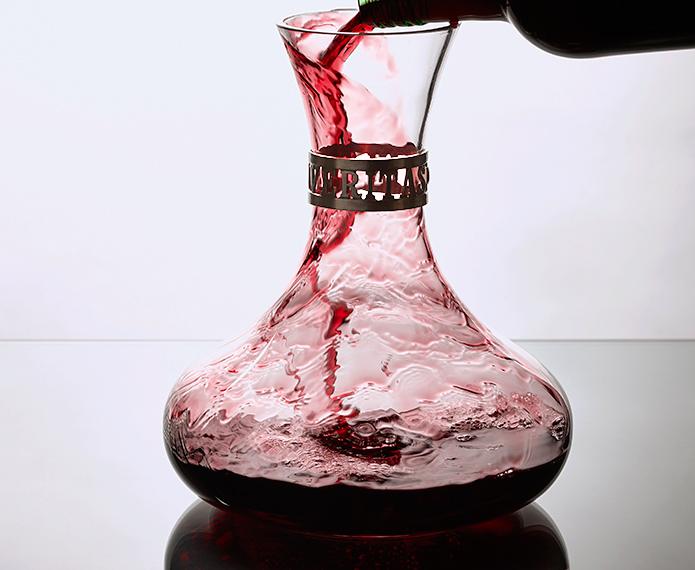 A wine carafe upon a table conjures up the notion that wine-drinking is taken seriously, and may even be seen to be a little pretentious or old-fashioned by some. And yes, indeed, the process of decanting into a carafe has ancient origins, when wine was drawn off from a barrel and carried to the table in a pitcher ready to serve with a meal, but it’s certainly not pretentious, and has very real benefits, even today, and it’s certainly not just for Sommeliers.

Decanting was historically important to separate clear wine from sediment that had built up after extended aging and the uncorking and decanting of a bottle of wine, the more conventional image of decanting, has played a significant role in medieval households and carried out with an almost ritualistic attention to detail, and the exacting procedure is still followed to this day, especially in places like Italy. Simply speaking decanting ‘opens up’ the wine, making it rounder and richer, after being exposed to air – some would say a decanted wine opens up like a rose in bloom. 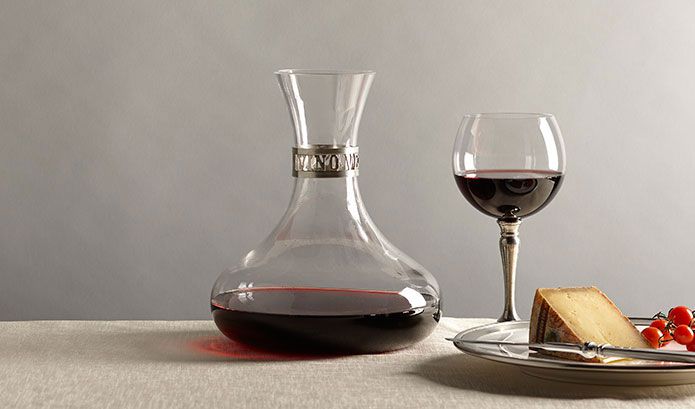 The topic of which wines benefit best from decanting is very complex, but as a general rule, the majority of wines benefit from being decanted, irrespective of their price and colour. It isn’t just red wines either; and white wines with high acidity, like Rieslings, white Burgundies and Chenin Blancs also benefit from decanting. Maximum impact is achieved when exposing younger, vigorous wines to air, and such wines can benefit from being decanted an hour or more before serving; this applies to most modestly to medium- priced wines that we drink today. Old, more fragile, wines with a delicate fragrance still benefit from being decanted, but for only fifteen or twenty minutes before serving, as they lose their character more quickly and so have to be treated a little more gently! It would be sacrilege to open and decant an ancient vintage, of high value, and allow it to oxidise to the point that it tasted like red-wine vinegar! 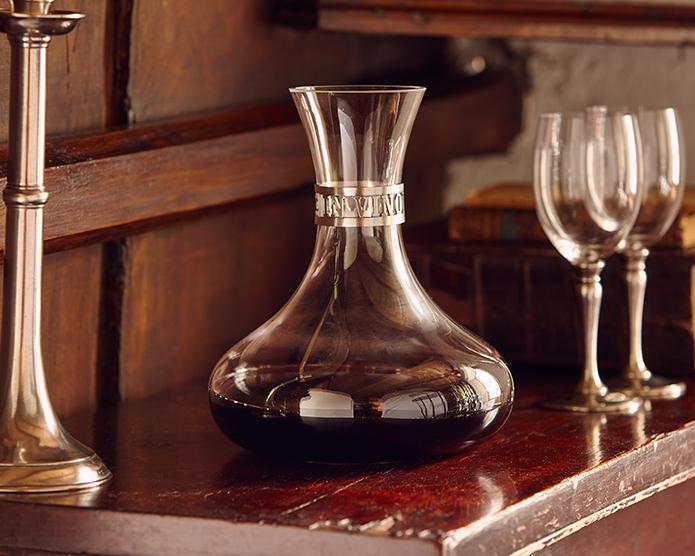 A stylish crystal carafe is the perfect vessel within which to perform the important decanting process, ensuring your wine not only tastes good, but looks good on the table too – satiating both thirst and senses, as well as fulfilling the increasingly popular desire to be authentic and simply doing things properly. Simply uncork your chosen bottle and pour confidently into the neck of the carafe, purposefully sloshing the liquid against the sides in order to agitate the wine fully to allow maximum oxidation. Leave younger wines for at least an hour or so; older wines will only need a fraction, say a quarter, of the time to reach optimum potential. Forward planning and then patience will pay off, as your wine will taste all the better for the wait…