How to make the perfect Tiramisu: an iconic Italian dessert. 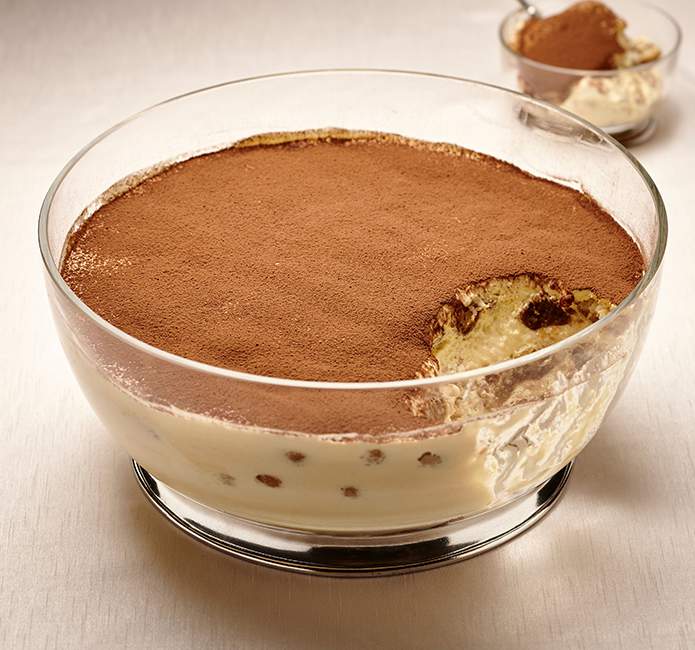 Although perceived as an iconic Italian classic, the history of Tiramisu is a recent and somewhat contested one. Several different claims have been made, but the common ground is 1960s and Treviso. There is a solitary school of thought that claims origins can be traced as far back as the 17th Century during the Grand Duke Cosimo III’s visit to Siena, however as it is only mentioned in Italian recipes since the 1960s, the grand historical claim seems unlikely!

With its coffee-saturated sponge fingers, the caffeine-infused iconically Italian dessert Tiramisu translates literally to ‘pick me up’ and is said to have been invented as a reviving dish for new mothers, children and the elderly, although I can only imagine the alcohol was omitted for the minors! However, with its liberal lashings of cream, mascarpone cheese and the aforementioned alcohol (optional I know, but seriously, who would leave it out..?), the affect can be less ‘lively’ and more ‘lethargic’… or maybe that’s just my gluttonous portions, if you consume too much, the expression ‘pick-me-up’ fast becomes ‘pick me up – if you have the strength, I dare you…’

Having said this, if made well, few can resist the rich, fluffy cocoa-dusted dessert. A large bowl of off-white delight, laced with alcohol, with a distinct coffee flavoursome ‘hit’, its soft chilled creamy texture being at the same time refreshing and yet indulgent, always steals the show as a centrepiece after a meal; the key is to try and keep things light and modest in portion.

As with any construction, the foundations are paramount, and the key to avoiding a stodgy soggy experience is the base layers of biscuits.  Italians always use Savoiardi, which is their version of the French Boudoir biscuit, or British Ladyfinger (not to be confused with Lady’s Finger – the green vegetable Okra!!). Savoiardi is worthwhile sourcing from large supermarkets, Italian food-stores or on-line, as their denser texture means they can absorb more of the coffee mixture without going soggy, or worst still dissolving and disintegrating.

Next, the cream needs to be just that, creamy, so full-fat mascarpone please! One quite often sees low-fat versions of desserts, but to me a dessert is a divine indulgence, sampled less often but properly than more often and ‘half-baked’, as it were, with diet versions and culinary compromises.  Quality over quantity reigns supreme as ever!!

Finally the booze… good strong coffee is jollied by the addition of some alcohol in most versions (tee-total Tiramisu tastes nice, but tipsy Tiramisu tastes nicer!). There are a number of different schools of thought regarding which booze to use… Some insist on Brandy, others Rum, the Italian liqueur Amaretto is popular, as is the Sicilian fortified wine Marsala, or even the Tuscan equivalent Vin Santo. Each gives a slightly different flavour, and preference is down to personal taste at the end of the day, which is the best time, I think, to indulge.

If a true Italian ‘pick-me-up’ is a shot or two of Espresso, then Espresso within lashings of creamy boozy Marscapone, topped with cocoa-chocolate in a well-built Tiramisu, is a perfect pick-me-up pudding… 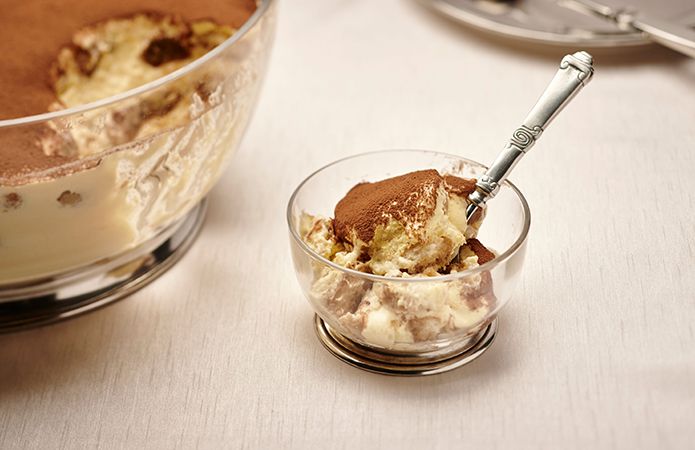 To make a classic Italian Tiramisu you will need the following…