‘Shaken and not stirred’ 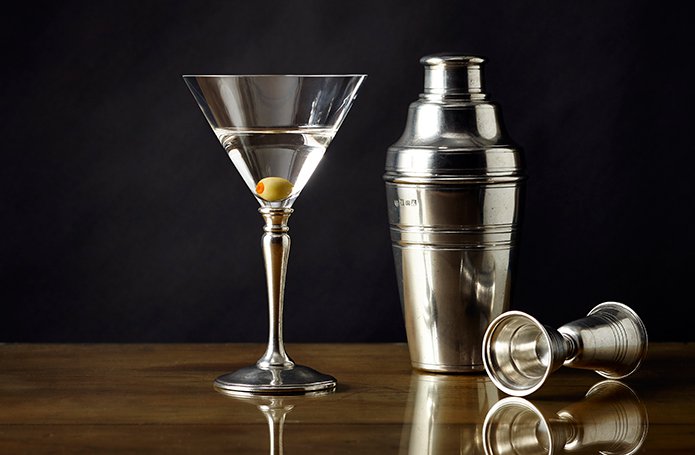 The Vodka Martini, the classic cocktail made from vodka and vermouth, a variation of martini traditionally made with gin, is an iconic mixed drink immortalised by James Bond’s predilection for shaking and not stirring. The phrase appeared first in Ian Fleming’s novel Diamonds Are Forever (1956), though James Bond does not actually say the words himself until the later novel Dr. No (1958). It has to be one of the most over-used paraphrases of all time, as it is written as “shaken and not stirred”, not “shaken, not stirred.” It was first heard when Sean Connery, the original James Bond, utters the much-quoted line in Goldfinger in 1964, and the rest is history…

Bond’s, and ultimately Fleming’s, preference would have been influenced by The Savoy Cocktail Book (1930), where famous bartender Harry Craddock prescribes shaking for all Martini recipes, creating what cocktail connoisseurs would call a Bradford. However there is an opposing school of thought advocating stirring and not shaking, as Somerset Maugham is often quoted as saying “a Martini should always be stirred, not shaken, so that the molecules lie sensuously on top of one another”, resulting in a pure clear transparent drink.  Bond, well Fleming, tinkers with the classic Martini recipe, within Casino Royale, where he stipulates to the barman;  3 measures of gin, 1 measure of vodka, ½ measure of Kina Lillet, and a thin lemon slice, ordering it only the once and naming it ‘Vesper’ after the enigmatic Bond girl, Vesper Lynd – again he insists that it is shaken, rather than stirred.

Whether shaken or stirred, the Vodka Martini is one of the simplest, and therefore, one could argue, the classiest of cocktails. American writer EB White termed Martini to be ‘the elixir of quietude’ with regard to its simplicity and elegance, and the resulting cocktail is simply constructed by combining vodka, dry vermouth and ice in a cocktail shaker and then, either by stirring or shaking (007-style), the mixture is chilled, then strained in order to be served ‘straight-up’, without the ice, in a chilled cocktail glass, most commonly known as a Martini glass conjuring the iconic image we are all so familiar with when cocktails are brought to mind. Martini purists, however, would insist on using gin not vodka, and there are those extreme purists, including Noël Coward, who urge the elimination of vermouth altogether; “A perfect Martini should be made by filling a glass with gin, then waving it in the general direction of Italy”, where the majority of vermouth is produced. 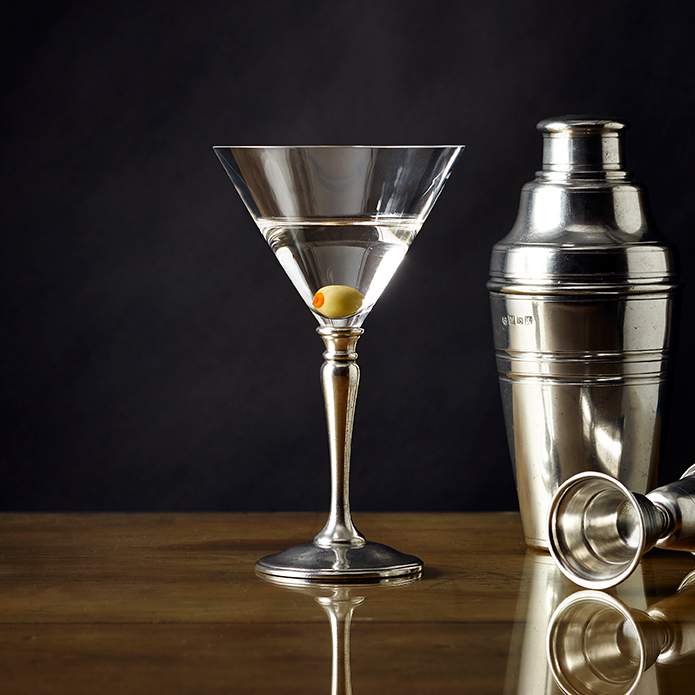 The finished mixed drink is most often completed with an olive garnish, or a “twist” of lemon – which is not a slice, but a piece of peel squeezed or twisted, capers, or cocktail onions.

Mix, shake or stir and enjoy!!