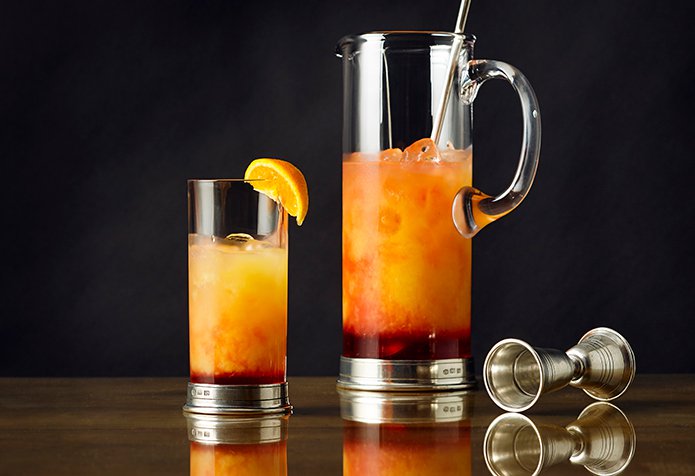 Not to be confused with the biscuit, this Italian cocktail is also named after Garibaldi, the famous Italian military general. It’s a bitter sweet complex concoction, yet easily ‘built’ – to use the classic mixologists term – best served as a long drink in a highball glass over ice.

It is usually drank as an aperitif (aperitivo) before an evening meal, as it contains bitters, and perfect for getting one’s mouth literally watering and thus stimulating an appetite before dinner. But, as it is an easy drink to make and drink, it is suitable for all manner of occasions.

The combination of Campari from the north of Italy, and oranges from the south, is the logic to its name, as its namesake Garibaldi helped liberate Italy in the 19th Century, leading to the reunification of the country in 1871, so joining the north and south; in this case the Campari and orange, the bitter and sweet…

Campari, the sole alcoholic ingredient in this particular cocktail, was invented in 1860 by Italian Gaspare Campari in Novara, Northern Italy. The distinctive red colour was originally produced with carmine dye, which was extracted from crushed cochineal insects. This red colour has been since reproduced artificially since the 21st Century – so Campari is now suitable for vegetarians!

As for the oranges, if possible, when in season, blood oranges should be used as these are typical of Southern Italy, and give a wonderful vivid colour to the drink. Whichever oranges you use, pour slowly and then you can enjoy the changing hues of the liquids as they begin to merge when you build this cocktail. The almost cloud-like mixing of the red Campari within the ambers of the orange juice creates a truly stunning effect – which to me is all part of savouring this drink – as it looks as good as it tastes. 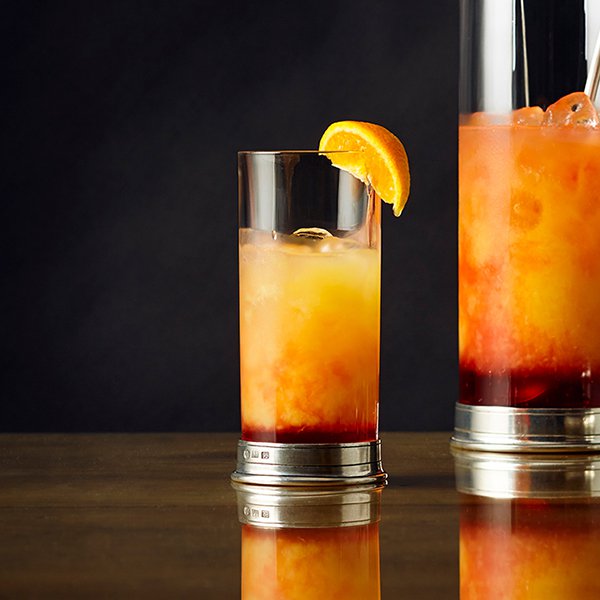 It is not a precise cocktail like some, and there is some variation in recipes, some call for a 1:1 ratio of Campari and orange, but this gives a very intense flavour. Many recipes suggest a gentler 1:3 ratio of Campari to orange which gives a sweeter flavour and a subtler classier drink overall, making for a more suitable pre-dinner beverage. Lots of ice is best, with a slice of orange for garnish. Some like to use a ‘flamed’ orange peel as garnish, which means literally hold the orange peel into a naked flame until it flashes, either garnish will do depending on how dramatic you are feeling!

I would suggest the following proportions: