Not all pastas are created equal. 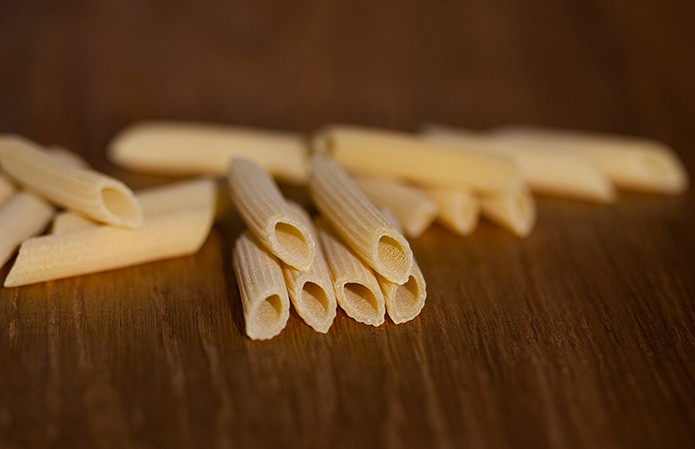 No wonder Italians adore their Mamas, they were weaned on pasta, easily gummed and then chewed, the ultimate finger food (this is how Spaghetti was eaten up until the 16th century), enjoyed with a rustic soupy mix of simple tomato-based sauce of fresh local vegetables, a daily ritual – an easy, simple, energy-giving healthy staple for life. Pasta has been misrepresented recently, in this era of ‘evil carbohydrates’, as a fattening food, and yes, if you consume a mountain of pasta together with an ocean of over-rich creamy sauces, it would be fattening. Yet, obesity is relatively rare in Italy, as is the ‘no-or-low carb’ diet, instead, sensible portions of good pasta coupled with lean meat, fish and fresh vegetables is extremely good for you, with all the health benefits of an Italian and Mediterranean diet.

Although the Italians cannot and, to be fair, do not claim to have invented pasta, (origins of water and grain based mixtures such as noodles and sheets can be traced back to both ancient China and Greece) they have taken this simple culinary creation, and with classic Italian traits of inventiveness and passion, have developed an entire cuisine and culture around the humble pasta. However, not all pastas are created equal… 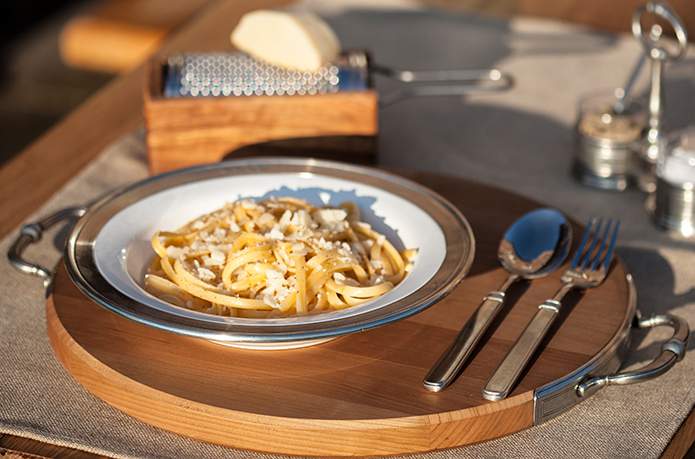 It is a commonly held myth that in Italy, accepted as the home of pasta, Italians only eat fresh pasta, and eschew dried. However, most Italians will tell you – it is far better to eat a plate of good dried pasta than a plate of badly made fresh pasta. Traditionally pasta would have been made fresh across Italy, especially in Southern regions, but in these busy modern times, few have the time to make fresh pasta for just an everyday meal. Fresh home-made pasta is saved for special occasions, and the abundance of convenient supermarket fresh pasta, reinforces the notion of bland convenient quantity at the expense of true and authentic quality.

In Italy, good quality artisan pasta, most notably bronze die pasta, is a popular alternative to fresh. The most revered of pasticcios (pasta makers) use bronze moulds, called ‘dies’, and air-dry their pasta, making small batches of high quality pasta, for example; Verrigni and Rustichella from Abruzzo and Tuscan Martelli.

As with any traditional pasta recipe; only water and flour is used in bronze dried pasta. Importantly flour comes from only durum wheat (a legal requirement for all ‘Italian pasta’), from the Latin ‘tricutum durum’ meaning hard. This type of wheat can only be grown in hot dry climates, such as Southern Italy, producing grain that is hard, yellow and nutty. Milling the protein-rich endosperm of this type of wheat results in a coarse flour called semolina, which is made up of a high proportion of uniform protein particles and minimal starch, making a strong elastic dough which doesn’t become brittle when worked, and is firm to the bite, al dente, when properly cooked. Cheaper alternatives, made from softer, poorer quality grains, are often full of starch, leaving a tell-tale cloudy cooking broth, and a flabby, less firm pasta, lacking in flavour. A good quality durum wheat pasta has a flavour and aroma of its own. 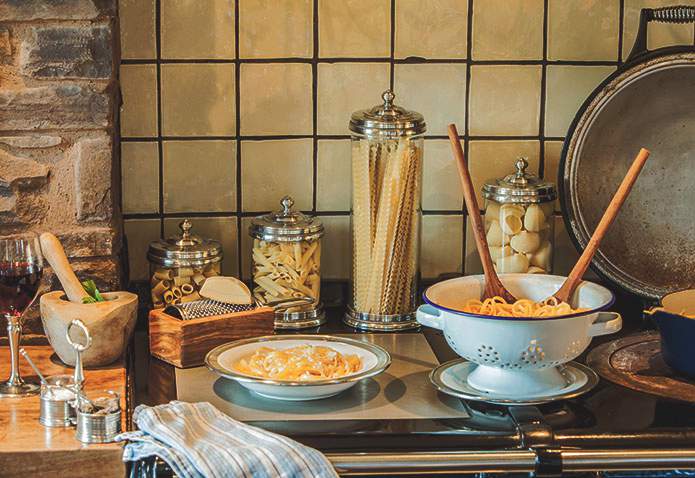 Mixing is often done by machine, for ease, however the key parts of the process are still completed by hand. The pasta dough is then forced through traditional bronze cast moulds to form classic pasta shapes. This process gives the pasta its trade-mark rough textured, porous and absorbent surface, of micro striations, in other words ridges and grooves, which allows the pasta to be cooked evenly. These ‘imperfections’ also enable any sauce used in the dish to hold to the pasta much better than smooth and shiny pasta, that has been made by quicker-to-use and more convenient-to-clean synthetic Teflon moulds – sauce simply slips off this standard mass-produced pasta. Then, the pasta is air dried extremely slowly at around 33-36 C, for about 50 hours. This slow controlled uniform drying process means the outside layer is less likely to be damaged, the pasta retains more vegetable protein, preserving the flavour of the wheat, making for tastier pasta. Once dried completely, the pasta is then hand-packed, leaving the ends irregular, rather than machine-uniform. 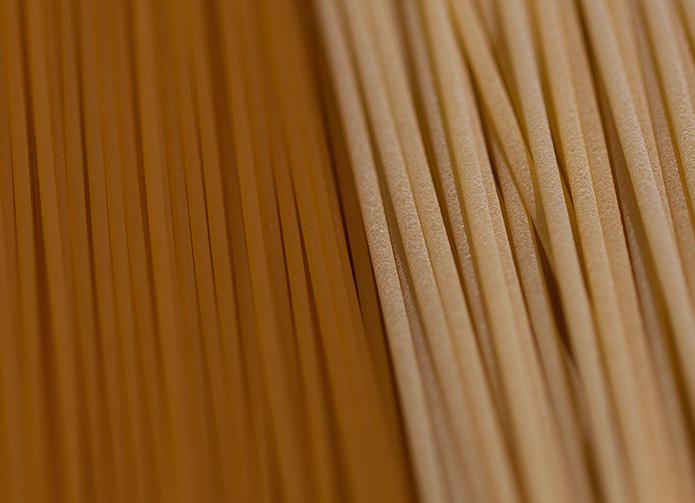 There are many artisan pasta makers in Italy and often the shapes made are dependent on the region; there are twenty different regions making up Italy, and each has its own speciality pasta cut and in total there are thought to be over 500 different denominations of pasta throughout the country. The Campania, Toscana and Puglia regions are traditional wheat growing and pasta-making regions, and Naples, with its high quality durum wheat and hard water – the key ingredients for good pasta – is especially iconic as a pasta region. 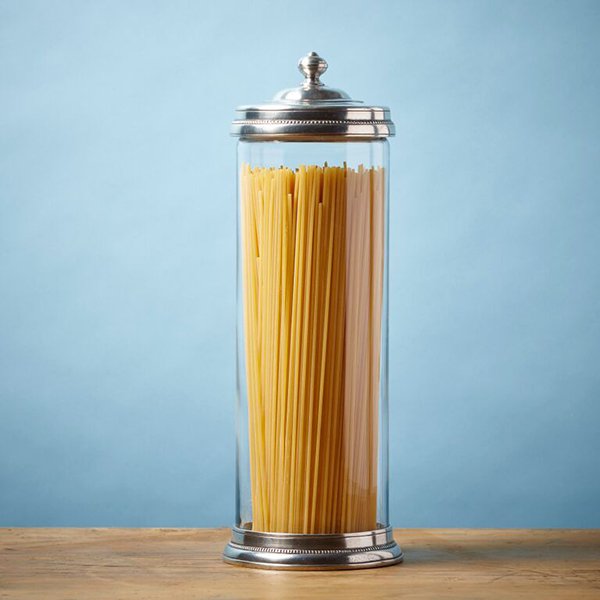 So, imagine the pasta shelf in your local supermarket, pass over the ‘value-range’ spaghetti which is almost glossy in appearance and pick up a pack of the paler dull, matt of the bronze mould air-dried equivalent. Although more expensive, this is the one you should try and go for, perhaps rethink your portion size to make it go further – we all inevitably eat too much anyway. Simply boil for the instructed time in salted water, tong into a bowl with a little of the cooking broth, rather than strain and drain until too dry, add a handful of pecorino cheese and a couple a good twists of black pepper – Pasta Cacio e Pepe – pasta perfection!